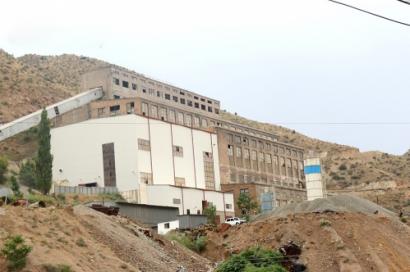 The Kartchevan River was polluted by the turbid water formed by the washing of the facility of Agarak Copper and Molybdenum Combine CJSC.

Speaking to EcoLur, Ara Barseghyan, Head of Subsoil Control Department of Environmental Protection and Mining Inspection Body, said that Agarak Copper and Molybdenum Combine had been closed since July 12 to clean up the facility of the plant.

As a result of the administration carried out by the specialists of Syunik Regional Department of Inspection Body, it was recorded that the company released the water formed from the cleaning of the facility into the Kartchevan River.

It should be noted that Article 22 of RA Law on Environmental Control envisages environmental control over the fulfillment of the requirements set for the implementation of works affecting the state of water resources, which in this situation requires the inspection body to conduct quantitative analyses of water composition and to estimate the extent of damage caused to the environment. Regarding water sampling, Ara Barseghyan said that the river would have been cleaned within 5 hours when they would have reached the river.