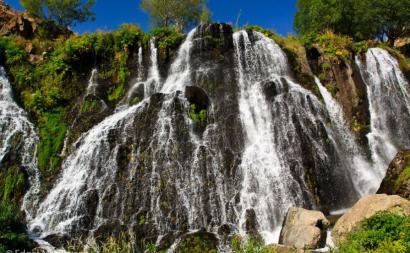 The Shaki waterfall, which is included in the list of state natural monuments, has almost dried up. Citizen Gor Karapetyan published a photo about this on May 2, 2020, “"Shaki" SHPP carries water intake from Shaki River, which forms Shaki waterfall.

Until 2017, as a result of the operation of the SHPP, Shaki waterfall was formed during the opening of the valve by the SHPP.

As a result of the project implemented by EcoLur - "Support to SHPP-relating reforms through the dialogue of public and RA Nature Protection Ministry for Sustainable Use of River Ecosystems”, RA Ministry of Nature Protection has launched a program to rehabilitate small HPPs. Due to the project, it was decided to establish a new mode of operation of "Shaki" SHPP.

As EcoLur was informed by Environmental and Mining Inspection, "The inspection can check the operation of Shaki SHPP only in case of a written complaint."